Earlier this year I put together a very quick post on the wonders of graphene. What was left unsaid was all the difficulties that are currently part of graphene including its nearly useless as graphene transistors (for computation) / lack of band gap.

That is not to say that is not still an awesome material, it is.
However while graphene hasn’t been the holy grail many had expected, one requirement for the upcoming singularity (or an hypothesis/corollary) is that for every door that the cosmos closes, two must open (and thus knowledge grows exponential).
And that is why I was very happy to read this article on the “latest new” 2d material, molybdenum disulfide (MoS2).

The latest “new” material, (…) — which has actually been used for decades, but not in its 2-D form — was first described just a year ago by researchers in Switzerland.

But in that year, researchers at MIT — who struggled for several years to build electronic circuits out of graphene with very limited results (except for radio-frequency applications) — have already succeeded in making a variety of electronic components from MoS2. They say the material could help usher in radically new products, from whole walls that glow to clothing with embedded electronics to glasses with built-in display screens.
(…)
Wang had been struggling to build circuits on graphene for his doctoral thesis research, but found it much easier to do with the new material. There was a “hefty bottleneck” to making progress with graphene, he explains, because that material lacks a bandgap — the key property that makes it possible to create transistors, the basic component of logic and memory circuits. While graphene needs to be modified in exacting ways in order to create a bandgap, MoS2 just naturally comes with one.The lack of a bandgap, Wang explains, means that with a switch made of graphene, “you can turn it on, but you can’t turn it off. That means you can’t do digital logic.” So people have for years been searching for a material that shares some of graphene’s extraordinary properties, but also has this missing quality — as molybdenum disulfide does.
(…)
Wang and Palacios were able to fabricate a variety of basic electronic devices on the material: an inverter, which switches an input voltage to its opposite; a NAND gate, a basic logic element that can be combined to carry out almost any kind of logic operation; a memory device, one of the key components of all computational devices; and a more complex circuit called a ring oscillator, made up of 12 interconnected transistors, which can produce a precisely tuned wave output.
(…)
– read the full article here, on MITnews. 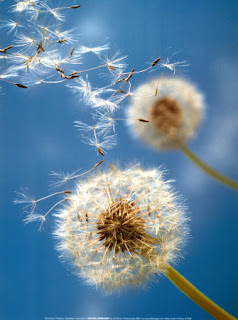 Interesting article, I’ve stumbled on this somewhere before, but it’s the first time I took the time to read it.

(…)
His conclusion is that the passing of the years goes faster as we grow older.
This makes sense; for instance when you are 10 years of age, a year represents 10% of your life, and seems like a very long time.
However, when you are 50 years old, one year has reduced to only 2% of your life, and hence seems only one-fifth as long.
Summarizing this work, Freeman comes to the conclusion that the actual age (AA) needs to be corrected for the apparent length of a year (AY). The apparent length of a year is inversely proportional to one person’s actual age
(…)
Because of the obvious problems with Freeman’s concept of time perception, it is necessary to redefine the Effective Age on a sounder basis.
(…)
It is clear that with this definition, one person’s Actual Age may already be non-synchronous with time. However, analogous to Freeman’s work, the apparent length of a year (AY) is not constant
(…)
The lower boundary condition (t=0) should yield an Effective Age of zero years (EA=0). Therefore ε = 1.
The upper boundary is less apparent. It should be chosen so that at t=tmax, EA = t. At death, the Effective Age and real time are again equal. However, no person knows for sure his or her personal life expectancy. This is clearly an issue for molecular biologists to address. However, if we assume for a person alife expectancy of 80 years (t=80, EA=80), we obtain:

This formula can now be used to calculate the Effective Age (and the Effective percentage Completion of Life) as a function of time. This is shown in the following table:

And thus, the bold statement in the title is justified. Life is half over at age ten, and three quarters over at age thirty. Note the rapid increase at very young ages: in the initial stages of life, life itself makes big strides forward. For instance, consider the concepts of speech, eating and walking; skills that are learned at a young age and are carried on throughout a person’s life.
Another interesting observation that we can make is the age at which one year really seems to last one year. This can be calculated quite easily from the derivation above. For a life expectancy of 80 years, it is equal to 80/ ln(81) – 1 = 17.2 years. Quite close to Freeman’s original assumption of 20 years.
Consequences:
The concept of Effective Age has far stretching implications. Some of these I have summarized below:

Link to the original article

The researchers claim that the cost of DNA coding is dropping so quickly that within five to 10 years it could be cheaper to store information using this method than in conventional digital devices.

Deoxyribonucleic acid or DNA – the chemical that stores genetic instructions in almost all known organisms – has an impressive data capacity. One gram can store up to 455bn gigabytes: the contents of more than 100bn DVDs, making it the ultimate in compact storage media.

3D Rubik’s Cube or Magic Cube.
Play:
With the play option you can have fun and enjoy no stress free play with the Rubik’s cube.
Improve:
In this mode, you have the opportunity to continuously challenge yourself. Starting from very the simple, unlock harder modes as you improve.
Hope you enjopy and don’t forget to rate 🙂
App Screenshots

A dwarf planet, as defined by the International Astronomical Union (IAU), is a celestial body in direct orbit of the Sun[1] that is massive enough that its shape is controlled by gravitational forces rather than mechanical forces (and thus an ellipsoid in shape), but has not cleared its neighboring region of other objects.[2][3] More explicitly, it is a planetary-mass object—having sufficient mass to overcome its compressive strength and achieve hydrostatic equilibrium—but not a satellite.

Why is the distinction necessary? There are many “Plutos” either they’re all planets or not.
Examples:

Ceres, formally 1 Ceres, is the only dwarf planet in the inner Solar System, and the largest asteroid.[20][21][22] It is a rock–ice body some 950 km (590 mi) in diameter, and though the smallest identified dwarf planet, it constitutes a third of the mass of the asteroid belt.[23][24] Discovered on 1 January 1801 by Giuseppe Piazzi,[25] it was the first asteroid to be identified, though it was classified as a planet at the time.[26] It is named after Ceres, the Roman goddess of growing plants, the harvest, and motherly love. 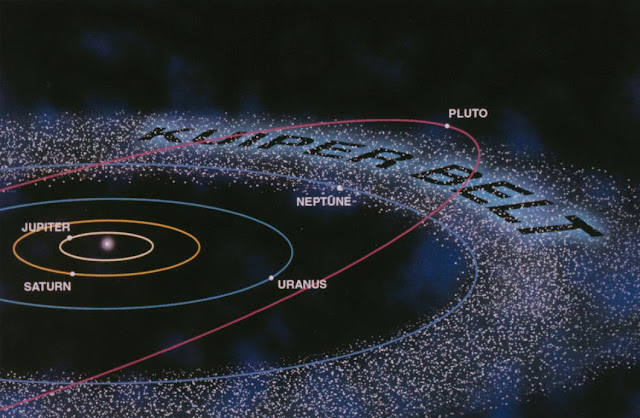 A Future Worth Working Towards – by Michael Anissimov

It is a light writing on the future of several critical aspects required for a bright future:

In all it was an interesting reading.

“Why can we store only 4-9 items in working memory and not 27-30? The answer is that we live on an arbitrary planet and an arbitrary level of intelligence was reached by humanity which enabled us to build a civilization.”

“We should regard the intellect of Homo sapiens as a good first draft — but improvements on that draft are inevitable.“