> Uncategorized > Me, myself and my country. 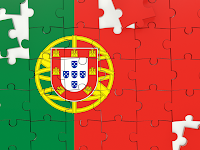 Since a while now that I’ve been trying to put together a mental map of the situation of Portugal.
To understand its history, its neighbors, the current status of the EU, the US crisis, the economic all in an attempt to grasp what’s going on.

This article is such attempt.

I’m a Portuguese living in Germany for more than 5 years. I work in an European Agency and have friends and colleagues from just about any European country. I keep strong ties with my country but at the same time I believe to have acquired the necessary emotional distance to view the country’s scenario from away.

So in this attempt, I first became aware that Portugal, Spain and Greece were all leaving dictatorship’s around the same time (1974, 1978 and 1975 respectively).

I questioned if it was all a coincidence that these are the same countries that are most in troubles at the current moment.

As a Portuguese I remember my first grade classes about the revolution that set the People free and created the republic. Salazar ( the dictator ) was our defeated enemy and freedom was everywhere.

A few decades ahead and people started to question “if in the end the dictatorship was all that bad”.

In the beginning such question was almost blasphemy but little by little it was being asked. Finally in 2007, Salazar was elected “The greatest Portuguese of all time” ( http://goo.gl/DYna4 – in Portuguese ) by public pooling.

Now let’s compare these poor countries with the opposite side of the spectrum (in Europe that is), Germany.

Around the same time in Germany, by 1977 the FDP (Free Democratic Party) took a risky and important spin by exiting the ruling coalition and assuming market-oriented a position. They actually proposed to cut social welfare spending and instead move money towards production and jobs creations*. In 1982 the government fell in a rare vote of no confidence and a new FDP coalition raised.

For me this marked the difference, the turning point for Germany that Portugal never took.

The Germans chose to cut on welfare in order to increase production, that is a strong decision and can only be taken by a country that feels responsible for itself and by politicians that have the courage to put their country before power.

Going back to Portugal (and Spain or Greece for that matter, but I’ll focus in Portugal), the people in general were used to an all-powerful government where you “don’t make questions” to avoid “getting into troubles”. 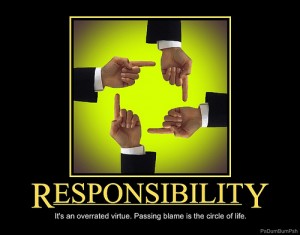 This distinction between “responsible” and “representative” is what I believe caused the Portuguese to make so many stupid decisions as a country.

First of all I was brought up on empty promises, elections were no more than something politicians said to get elected. Furthermore, with the people focused on selecting the new responsible even the more ethically strong politicians had only to choose between exiting politics altogether or “play the game”.

Little by little the People lost trust in governments and the government on the other hand detached itself from its responsibilities focusing more on marketing than ruling (Abstention was record 54% on last presidentials of 2011).
And then came the European Union, which meant to help but instead poured money into a system that was already dysfunctional. 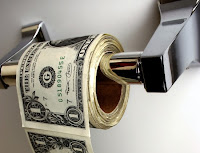 Corruptions aside, the management was done stupidly, investing is arduous for an unprepared economy. Since there was more money than ideas, soon it became more profitable to ‘win’ the funds than having a winning investment strategy or idea.

And thus people proposed dreams and got granted money to implement them.. naturally they never did.
Cutting on this inflow of money was taboo (and still is), the European Union ( which includes Portuguese euro deputies and representatives ) made very poor decisions regarding quotas, and our government complained very little. The threatened punishment for exceeding the quotas ( such as agriculture or fishing ) was the removal of the “help” funds.

So, little by little we stopped producing in order to receive money that was only artificially raising our GDP.

And then the debt became.. With the new countries coming into the Union plus the ongoing first world crisis, it became impossible acquire more funds in order to disguise the debt.
With the dept exposed, there was less money to loan and Portugal was no longer on the good payers list.

So, the government started cutting expenses and eventually increasing taxes. I must say that the first round was quite fair, we closed all schools under a certain number of students and replaced them with larger schools (we call them mega-groupings). The same went for maternities. These were not easy measures but I believe they were necessary.

Naturally there was a political crisis and we switched governments, only this time that only made budget cuts and tax increases go even faster.
Now, while I personally am not a fan of our prime minister, I must admire some of the hard but smart decisions he’s made. First we had the largest tax increases in our history and maybe in Europe’s history. However we have had much less budget cuts in proportion. This means that at the moment – although growing – Portugal’s unemployment rates have not skyrocketed like in Spain or Greece. Maybe we’re on the right track..

In conclusion, I don’t blame our prime minister, our politicians, the People, our previous dictator, our revolutionaries… independently. I blame us all.

I wish only that we would each take responsibility for what was and is being made, for our votes and for our future. Complaining with little information is wrong and serves nothing. Voting with change as a single goal is stupid and meaningless. Taking responsibility is key.

The future will tell..

3 thoughts on “Me, myself and my country.”