Being stranded home recovering from knee surgery should be a great opportunity to watch pending movies play games and generally laze out.. But fortunately I’m a geek.  😀

So since last week I’ve started my on my new project 🙂 and I’m loving every moment of it.
But this post is not about the project, instead about the development environment.
First time I used an Integrated Development Environment, was back in 1996. I was using Turbo Pascal. Back syntax highlighting was all you needed and (for me) Object Oriented Programming was just a way to put procedures (methods) inside structures. 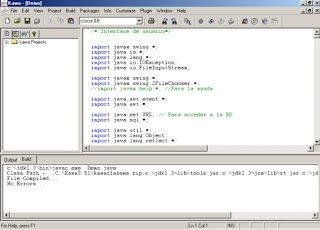 I started using Java in 99 in my first year at University of Coimbra. The editor of choice was Kawa and OMG it was SLOW! 🙂
JBuilder was the first real IDE I’ve ever used, at that time Borland was king. That was ofcourse until Eclipse gained momentum (sorry, but for me Netbeans or other were never a real choice).
I’ve used Eclipse for a long time and was happy with it. But I was always disabling that annoying “Tasks” view on the right.. until I learned how wonderful it was!
I still have a very simple IDE, but now with Mylyn I feel super-human. If you don’t know yet what Mylyn is, please check this out:

It’s worth it, I promise!

Additionally to Eclipse & Mylyn, another big part of my IDE is my phone (or Phablet if you prefer). Buying a Galaxy Note 2 was not an cheapeasy decision, but it is probably the best investment in technology and productivity I’ve ever done.

I use an app called Papyrus which I find much more valuable than the default S-Note from Samsung.

So now I can take notes and make the most creative tasks  such architecture sketches on the go (which right now means either in Bed or on the Couch) translate those notes into actions using Mylyn+Bugzilla’s(I use the free provider www.bugheaven.com). And implement the actions at “speed of thought” using Mylyn’s contexts.
Another relevant tool is Google Drive, which empowers me to seamlessly move files between Phone and PC, like the one I drafted below while writing this post: 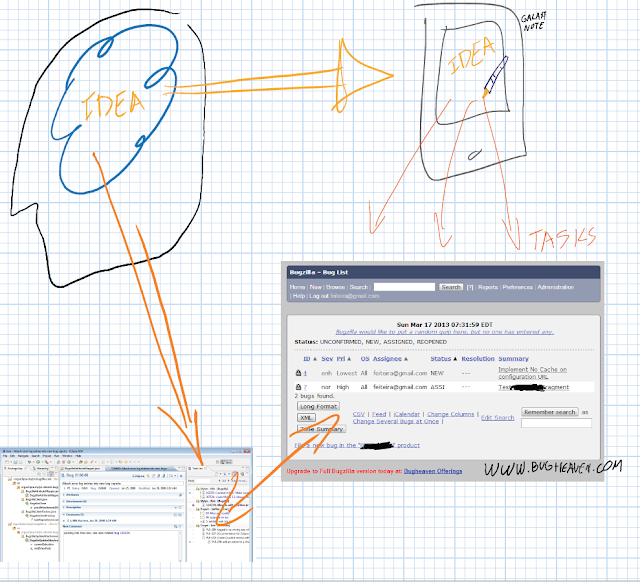 So yes, while Java is still only Java, I can see how technology helps itself out in a synergy that not only makes me more powerful but allows for newer, fast development of even more tech. Aren’t exponential times the best?